The assembled crew discusses the weather in-between mouthfuls of lasagna. This is no ordinary food. It is prepared with love and care and tastes like mouthfuls of energy. Johan and his father point out that in spite of the fact that it is raining this near to the start in Motola, a few kilometers away from their house, there are no more clouds coming in from the southwest. This is a good thing. We are due to start at 19:58 and official sunset will be at 22:30. It will be light enough to see until midnight. In the summer in Sweden it is only totally dark for about 4 hours. We expect sunrise over the Lake Vättern at 03:30. The weather forecast for Saturday looks perfect with clear skies, no wind or rain and 20 degrees from 07:00. The discussion turns to the start time. “If it is raining at the start we will stay in the car and come back and sleep then leave in the morning at 4 or 5” says Johan. This makes perfect sense to me. Swedish summer doesn’t quite seem to agree with my thin South African blood. 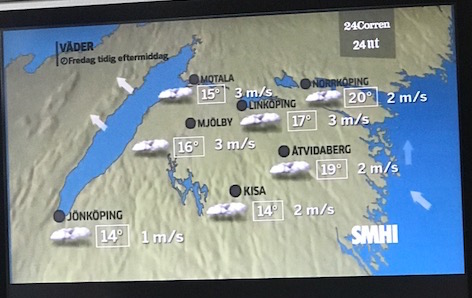 We have loaded our bikes on the car and are debating how much nutrition to carry. There are regular stops, as you might imagine in a 300km cycle route around the biggest lake in Sweden. We will however only stop for food twice, near Fagerhult at the 140km mark and then again outside Karlsborg when we have 90km to go. Victor and Bjorn opt for camelbacks. I decide to put on my arm warmers and leg warmers and pack a thin jacket that I fold and put into my rear pocket. Victor shakes his head and mutters something about it being summer. We load our helmets, lights, bars, gels etc. and head to the start in Motala a few kilometers away. I suggest that we listen to ABBA in the car on the way to the start. The Swedes are probably not impressed, but they are a very polite people by nature so the conversation turns back to the weather.

It has stopped raining altogether and the sun has even decided to come out. We collect Tobias, our fifth rider, and exchange pleasantries. We decide that we need bananas and given the number of crazed cyclists in the town, some 20,000 enter this race each year, the local grocer is very accommodating. The plan is to ride in our start group through Gränna where Bjorn’s family is staying and then south to Jönköping, the site of 70.3 Sweden. We will assess how we feel once we round the bottom of the lake and start riding toward Hjo. After that we can be conservative to Karlsborg and then round the top of the lake, where it is 70km to go to the finish. We plan to ride at a speed of approximately 35km per hour average. The circular route around Vättern is not flat but undulating with some small climbs to “wake your legs up” as Victor puts it. He is a Swede of Czech origin and tough as rhino hide so I laugh, nervously. 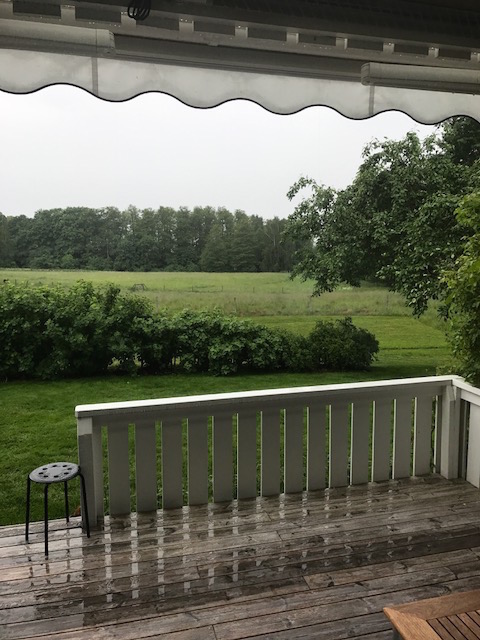 I wonder if I have done enough biking to be rolling off this start, with this plan. IM Brazil is still fresh in my legs and memory and I survived a bout of lurgies directly after the IM race at the end of our trip to Rio. Do I have enough nutrition? Am I overdressed? Underdressed? Daemons. They fade away, one by one as we roll toward Gränna. The pace is comfortable and after a few kilometers the twitchy hands on brake levers and surging settles into a good rhythm. I marvel at my Swedish companions. There is no fanfare or ego. We are going to try to ride 300km in under 9 hours if all goes to plan. Sub 8:30 if conditions play along. Johan leans over and says that 9 hours is simple. 7:00 is something else. I trust that he knows what he is talking about, this will be his tenth Vattern in a row.

High5 is a great product. I have been using the effervescent tablets and Energy Source powder for 12 months in training and at IM so I am comfortable with it. There is a minor drawback. Dischem was out of the regular Energy Source and only had Energy Source Plus – with Caffeine. On their website they have great nutritional advice for various race distances. They don’t have 300km bike races though. The caffeine does its thing and by Gränna I am wondering why it is that I haven’t learned to relieve myself in the saddle yet. I have chatted to my triathlete buddies and they are all mostly able to do this. I decide not to experiment on this race. Eating tarmac and explaining to a medic why my hands were down my bib shorts is not something I need to do. Fortunately I am not alone  and we pull over at a logical place off the road just after Gränna, much to the amusement of a lady parked at the picnic spot. We stop for 30 seconds and are back in the saddle and on our way to Hjo.

We are on track in terms of our race plan. It is dark now and the bike lights in Sweden are so bright that I am convinced SAAB Aerospace designed them for use as weapons. The stop is welcome. Fresh water, some bananas, rolls and ….. pickles. Yes, pickles. I couldn’t see that well and grabbed a handful of what I thought were quartered baby potatoes. They are surprisingly delicious. The total stop is 1:30s and fast enough to make any triathlete proud. We set out toward Karlsborg with purpose after checking in with one another. Everyone is feeling strong. For the first time in any race I am staying upfront on climbs. Usually I mutter “gorillas to the back” as fellow riders pass me. It must be the pickles I think as I spin uphill next to Johan. He tells me that I should try “Surströmming”. It is fermented herring he explains. He says that you cannot simply open the can with a tin opener because of the pressure; you have to put it into a bucket of water. This is to stop it from spraying everywhere when the can is opened otherwise you will have to move. To another room I ask him? No, he says, possibly to another town. No joke. In a court case in Germany a landlord evicted his tenant for opening a can in the stairwell of a tenement building. The landlord won his case by opening a can in court. The court concluded that it “had convinced itself that the disgusting smell of the fish brine far exceeded the degree that fellow-tenants in the building could be expected to tolerate”. 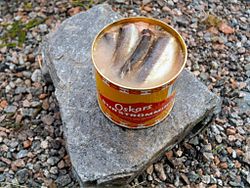 It is still dark. There is less talking amongst the riders but the pace is honest. We have less than 100km to go having completed 200km in 5h22. I know this feeling. Comrades. Not quite knowing that there is another marathon to come, more like 21km to go. My hamstrings and quadriceps are tight and if I overthink it I can feel my right leg cramping. So I don’t think about it. The stop is very welcome. More pickles and some water to mix my powder. I decide on only one bottle. It may only be a 750g weight saving but at this point every bit of extra weight must be carefully considered. I rationalize that the extra helping of lasagna has been digested and used by now. We set off for the finish. We need to round the top of the lake then turn back toward Motola. 70km left. As we turn back onto the main road I can see the Sun distantly starting to rise over the lake.

After riding together for more than 8 hours the kilometers seem to slow as we complete a final series of horseshoe shaped loops near to the lake before heading back into the town. The second must go down as one of the best stretches of riding that I have ever experienced. Away from the cars and main road the route follows a dedicated cycle path through the forest. The roads are empty and mist from the lake is blowing gently over the weary cyclists as we completed the final 10 kilometers of this epic race. Then into Motala, which at 4am is almost completely deserted. We cross the finish in under 8:30 and almost exactly to plan. Bra gjort på att slutföra runden! says the very polite announcer. It isn’t exactly Paul Kaye shouting down the red carpet, but it will certainly go down as one of my more memorable finishes. 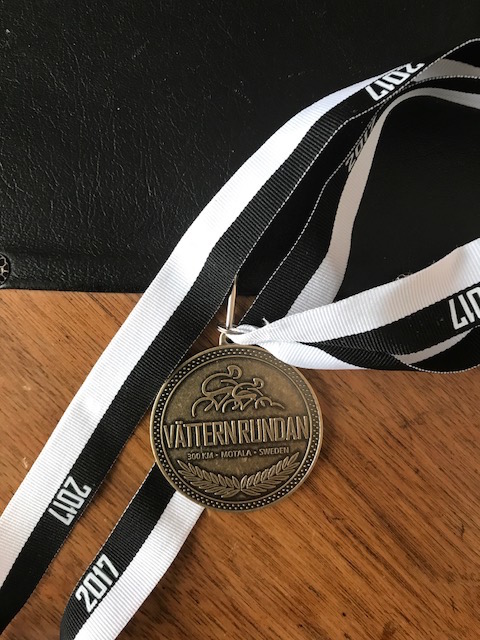